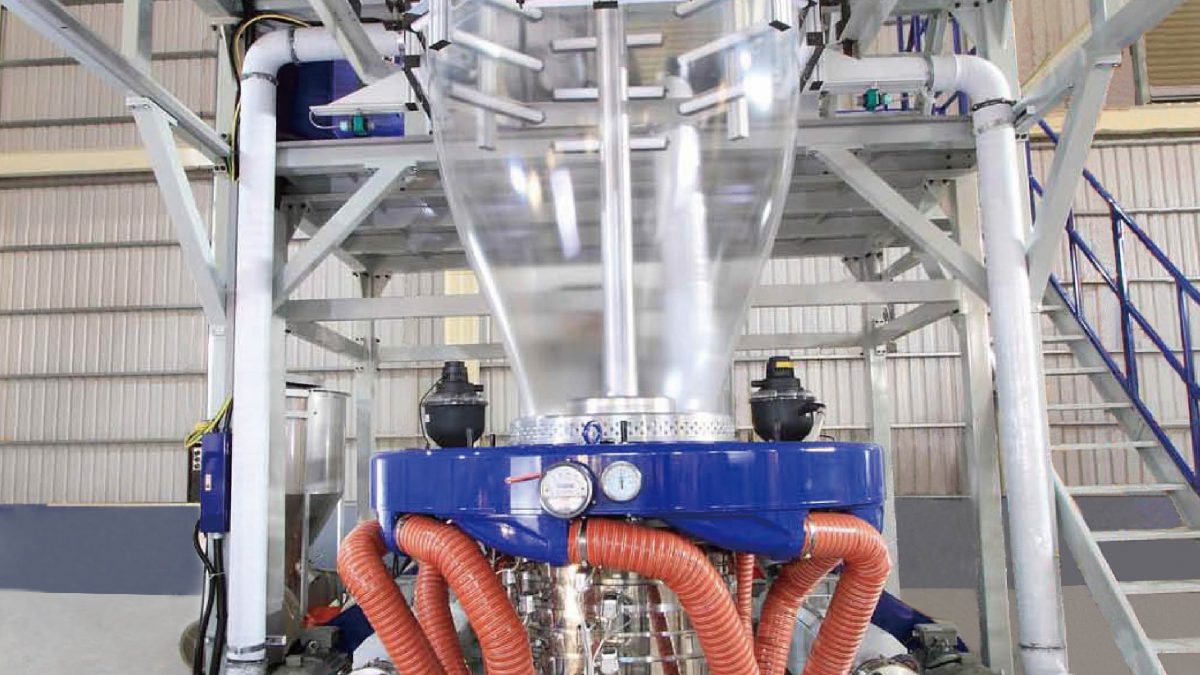 Blowing film is a continuous process in that the polymer is melted. The melt forces through an annular die, and the resulting tube inflates with air into a bubble and cools.

Air always blows on the outside of the bubble to cool the film. To increase production rate, internal bubble cooling can also uses. The film stretches in the longitudinal and circumferential directions during production, resulting in biaxial orientation of the film.

The principal polymers used in blown film production are poly-olefins, although other polymers can also be used. The major applications are those that require biaxial strength, and include bags of all kinds, as well as agricultural and construction film. In food packaging, co-extruded structures with three to five layers, or even more. Which are common with major markets including packaging for cereal, meat, snacks, and frozen foods. 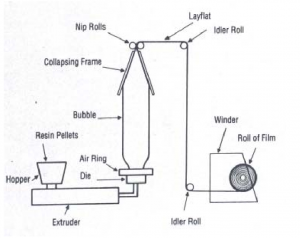 The process of producing film by extruding molten resin into a continuous tube is, at first glance, extremely simple. The elements of the process include the resin pellets and filler masterbatch granules (if any) which are fed through a hopper into an extruder. Here, heat and friction convert the pellets to a melt which is forced through an annular or ring-shaped die to form a tube.

The tube inflate to increase its diameter and decrease the film gauge. At the same time, the tube is drawn away from the die, also to decrease its gauge.

The tube, also call a “bubble” is then flattening collapsing frames and draw through nip rolls and over idler rolls to a winder which produces the finished rolls of film.

Some special cases in Blown Film

The blowing film of HDPE has resulted in the development of new specialized cooling technology. Because of the linearity of the polymer, it has a pronounced tendency to relax and destroy orientation if temperatures are too high. Meanwhile, processing temperature of HDPE is normally 20 -30 degree higher than temperature of LDPE/LLDPE. Therefore the HDPE bubbles are run with a long stalk (neck) before the bubble force to stretch in the circumferential direction. This allows the melt temperature to drop sufficiently to maintain the cross-direction orientation. Which introduces just before the frost line.

The air ring design had modified to allow this type of processing, and an additional bubble stabilizing iris uses just above the frost line. An internal bubble stabilizer often includes. Newer developments include special air flow guides to produce a more stable bubble and minimize the effect of drafts on the neck region. 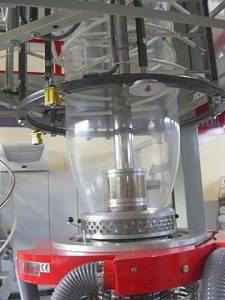 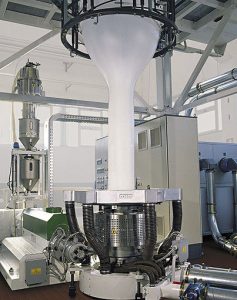 Most blown film operations extrude the resin in an upward direction. However, blown polypropylene film generally extrude downwards and water or mandrel quenches. The extruded tube is then reheater, to a point still below its melt temperature, before it blows. The collapsed bubble can be fed over a series of heated rollers to reheat it. Which relieve thermal stresses if a heat-stabilized film want. It can heat and re-inflated in what know as the “double bubble” process. In either case, the film restrains until cooling is complete, to keep it from shrinking.

FILLPLAS is developing specialized grade of Filler Masterbatch for Blown film products with the resins including PE and PP. 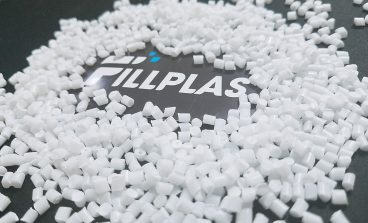 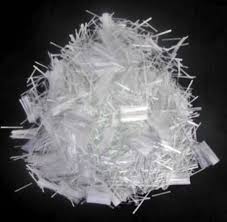 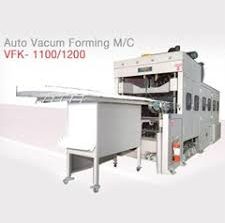